Importance of Agriculture in Indian Economy 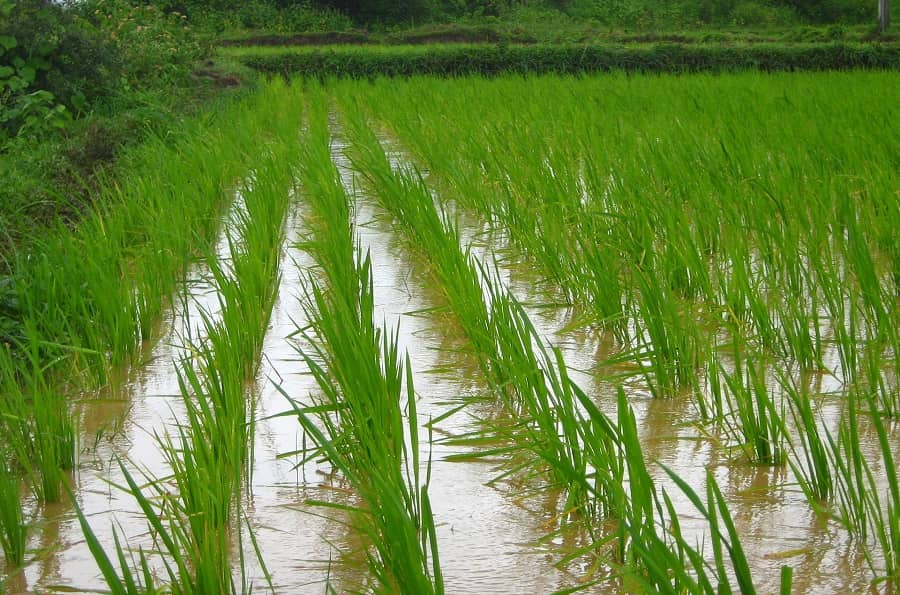 It was Elizabeth Noelle Neumann, a German political scientist (1916-2010) who introduced the “spiral of silence” theory that explains the formation of public opinion.

Her theory elucidates how one’s opinion on a subject often depends on the opinion of others in the society.

According to Neumann, a bandwagon effect occurs when one side of an issue is more aggressive and causes the opinion surge in popularity.

As a broad majority starts to believe in a certain viewpoint, the remaining minority- however well informed- tend to fall silent allowing the predominant view to gain further grounds and emerge as the norm.

Strong vested interests in India have so aggressively articulated this perception in the public domain that it has got etched in the minds of the people.

Alas, the truth is just the opposite as we explain in this article with empirical evidence.

The Merriam-Webster’s dictionary defines agriculture as “the science, art or practice of cultivating soil, producing crops and raising livestock and in varying degrees the preparation and marketing of the resulting products”. While the term science is well understood, very few understand the term “art” in relation to agriculture.

Art is the expression of human creative skills and talents, often shared among the people of a given society and heavily influenced by cultural context. While the science remains the same universally, the art is not.

This explains why agriculture differs vastly among countries and very often within the same country from one region to another.

Therefore, it must be understood that any sort of “one size fits all” approach will never work in the area of agriculture.

According to historians, agriculture first developed in the world between 14500 and 12000 BP in Asia at the end of Paleolithic Period (Stone Age).

The center of gravity pertaining to agriculture seems to have shifted again to Asia, thanks to the “agriculture renaissance” engineered by smallholder farming systems. “The twenty first century is and will be the Asian century” said the Indian Prime Minister at the opening session of the “Advancing Asia Conference (Delhi, March 11-13, 2016).

Asia accounts for 40% of the global economy and contribute two thirds of the global GDP growth today. What is more significant is that Asia accounts for 50% of the world’s agricultural production. The average farm size in China is 0.6 hectare and in India it is 1.13 hectare – very small by western standards. Yet, these two countries have emerged as global leaders in agricultural production.

Like Indian culture, agriculture in India is highly pluralistic and multidimensional.

India’s ecological diversity, crop diversity and diet diversity are inextricably interconnected. They symbiotically support one another, and together, highly sustainable.

India is a multiproduct agricultural powerhouse. No other country grows as many food and non-food crops as India.

Many banana growers in India might also be producing vegetables, maize, coconut etc. India’s cropping intensity is the highest in the world.

Intensification and specialization in select crops enabled productivity improvements in industrialized farming in the developed countries.

The domestic production of modern inputs such as high yielding seeds, fertilizers, pesticides, farm equipment and improved communication systems have immensely contributed to India becoming a global leader in agriculture.

Indian agriculture in the 21st millennia is structurally different and robust than the one prevalent during the Green Revolution era which began in 1970s.

In the three decades from the 1970s until the late 1990s, India’s agricultural GDP expanded sluggishly from $25 billion to $101 billion as the growth was cereals centric- mainly rice and wheat.

However, between 2000 and 2014, India’s agricultural production leapfrogged from $101 billion to $367 billion, driven largely by high value segments such as horticulture, dairy, poultry and inland fisheries. Indian agriculture is currently in a rapid growth phase.

“Since the 1980s, Indian agriculture has undergone a shift in production as farmers have planted less area to food grains and more to high-value crops. This shift coincides with strong economic growth, which has boosted incomes and, in turn, expanded consumer demand for higher valued foods, such as vegetables, fruits, milk, and some meat products. Yet, India’s agricultural policies continue to follow a Green Revolution strategy developed to achieve grain self-sufficiency in the 1960s.”

Importance of Agriculture in Indian Economy and its Sectoral Relationship

Agriculture is India’s largest private sector that employs 54% of the country’s total workforce of 481 million. It is this labour intensive agricultural sector that has taken India to global glory. The other elite sectors in India, namely the services and the manufacturing are the laggards.

The world has nearly 200 countries. But, just the five countries, China>India>USA>Brazil>Nigeria, account for 40% of global agricultural production.

Note, out of these top five global agricultural leaders, four are developing economies. This fact should be a sweet surprise to many.

In the 1960s, India was dependent on supplies of food grains from the USA to tide over chronic shortages. Now, India’s agricultural production is much higher than the USA.

Light, land, labour and water are essential requirements for agriculture. India has every one of these essentials in abundance. The average annual precipitation in India is much higher than China, USA, Australia etc.

As the Indian economy developed, the share of agriculture in India’s GDP (at current prices) expectedly declined from more than 40% in 1970s to around 17% in 2014. However, in value terms the agricultural production is considerably higher now. Horticulture and livestock sectors drive the growth and account for 60% India’s agricultural GDP now.

“If we are to compare small and large farms, we should use total output rather than yield. Total output is the sum of everything a small farmer produces: various grains, fruits, vegetables, fodder, animal products, etc.….Small farms are multifunctional, more productive, more efficient and contribute more to economic development than large farms”

In monoculture, a farmer produces either crop or livestock and not both. In mixed crop-livestock holdings most common to India, farmers produce both and provide multiple agri-output of crop and animal origin. Diversity is the foundation of Indian agriculture.

Majority of the farms in India belong to the small and marginal category with holdings of less than 2 ha. Indian farmers are multi- skilled. Driven by the economic necessity to maximize the returns, these small farms have evolved through self-engineered innovation – especially over the last 15 years -into producing a variety of agricultural products round the year.

Heterogeneity is the hallmark of modern Indian farming. Crop mixtures, double cropping, backyard livestock farming are all the most common methods of farming. All these make Indian agriculture remarkably resilient, vibrant and less vulnerable to uncertainties.

Crop cultivation and livestock co-exist in India at the farm level, ensuring round the year economic activity. The aggregate agricultural output per unit area per year in India is among the highest in the world. Every unit of farmland in India produces multiple agricultural outputs.

In India, small herd of cattle and flock of chicken in the backyard are important household assets. Their milk and egg production provides daily link to the retail market, bring regular income and considerably improves rural prosperity.

Everywhere in the world, food production is meat centric. The world produces more “feed grains” than “food grains”. For example, out of 2528 million tons of cereals produced in the world in the year 2015, the coarse grains’ share was 55%. In richer countries, 70% of the grain production is fed to animals.

The average per capita consumption of meat in the world is 43 kgs per year. In the USA, it is over 100 kgs while inn India it is 4 kgs per year.

India is different. Over here, “meatless meal” is most common and therefore food grains, vegetables, fruits and milk lead the food production and consumption. The coarse gains’ share in India’s food grains production is less than 15%.

“Food Outlook”, a biennial report from the FAO on global food market does not dwell on production / consumption of vegetables and fruits at all as they are not considered to be major foods in the world at large. In India, vegetables form an integral part of every meal.

The Indian food market the size of which is estimated to be $312bn, one third ($101bn) is accounted by fruits and vegetables. This is followed by milk and eggs ($74bn) and cereals come a poor third ($61 bn). The share of meat is at the bottom with only $14 bn.

India is probably the only country where one can get one dozen banana or eggs for one dollar!

As per the latest data from WTO (2015), India ranks 19 th in merchandize exports, and 9 th in agricultural exports. This shows India’s global competitiveness in agriculture. India was a net importer of rice till mid 1980s. India is now the largest rice exporter with a whopping share of 26% of the world trade.

To quote the World Bank: “India has brought about a landmark agricultural revolution that has transformed the nation from chronic dependence on grain imports into a global agricultural powerhouse that is now a net exporter of food”.

Indian agricultural system (mixed crop-livestock farming) is a model of sustainable agriculture for the whole world. Highlighting this unique, low cost and diverse farming system globally will help positioning India as an agriculturally vibrant economy and a leader in her own right. The poor recognition given to India’s outstanding achievement in agriculture is purely on a priori grounds than on empirical grounds. This must change.