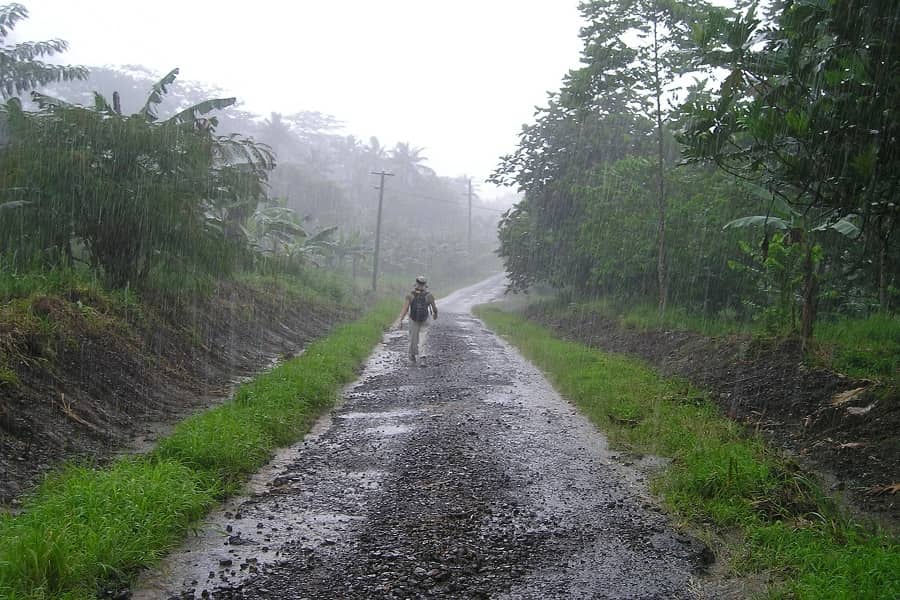 The English word “monsoon” – first used in British India – comes from the Arabic word “mausium” meaning season. It describes the seasonal wind shift over a region that is usually accompanied by rains. Monsoon refers to copious rains received from June-Sept (South West monsoon) in most parts of India and from Oct-Dec (North East monsoon) mainly in south India – especially Tamil Nadu.

“Indian agriculture is a gamble on the monsoon”. I came across this old adage while studying agriculture in the late 1970s. It is still doing active rounds in the policy circles, media and- sadly so- in agricultural universities, too.

A Google search for “Indian agriculture is a gamble on the monsoon” fetched 63800 responses this morning. The whopping popularity of this adage over the World Wide Web is worrisome. It shows that the people at large continue to hold Indian agriculture to be highly variable and unpredictable. A tragic misconception!

Let us first attempt to understand how old is this old adage.

India suffered two successive droughts in 1904 and 1905. Sir. Guy Fleetwood Wilson, a British public servant then working in India observed in 1909, “I recognize that estimating [agriculture] in this country [India] is largely a gamble in rain”. Probably, this had subsequently evolved into the adage “Indian agriculture is a gamble on the monsoon” which is popularly used even now, i.e. even after 100 years.

Admittedly, the Indian Agriculture was a gamble on the monsoon in the past- when the crop cultivation was confined to rainy season, mainly of food grains with very little commercial horticulture and animal husbandry. But, contemporary Indian agriculture is not a gamble on the monsoon. Indian agriculture is now very different from the traditional one practised several decades ago. True, a timely and good monsoon does give agriculture a head start. But a delayed or deficient monsoon does not lead us to disaster on the food front nowadays.

Here is an analogy. Animal drawn carts were widely used as means of transport until 60- 80 years ago in India. But it is plainly absurd to say that Indian transport system continues to be the same. Things have changed irreversibly and progressed a lot. In fact, it is very rare now to see animal drawn carts! Similarly, things have changed and progressed a lot on the agricultural front, too.

Irrigated agricultural area was only 23 million hectares in India in 1951. It now exceeds 91 million hectares. India has the largest irrigated area in the world now – a fact most Indians do not know at all.

In the 1950s, our agriculture was predominantly food grains based, monsoon -dependent and kharif was the main season of production. Both the production and consumption remained local with very little inter- state trade.

Indian agriculture is structurally different and multifaceted, thanks to the ascendency of horticulture and livestock sectors. These two sectors contribute to over 60% of India’s agricultural GDP. Because a significant part of Indian agriculture comes from horticulture (vegetables, fruits, flowers, etc.) and live stock sectors ( milk, fish, eggs and meat) the agricultural output now extends all round the year. Consequently, the traditional divide between the kharif and the rabi season has disappeared.

Our farmers are good at multi tasking. Their desi ingenuity drives crop diversification, crop-livestock mixed farming and diverse output growth much beyond the grasp of campus confined agricultural scientists and traditional economists.

There are a few exciting facts that would startle many.

India is a multi-product agricultural powerhouse. No other country in the world grows as many food crops as we do. Round the year sunlight, small land holdings and family labour help heterogeneous production systems.

The growth in Indian agriculture has shifted from food grains to horticultural crops since 2010.

While the water rich West Bengal produces only 5 million tons of milk/year, the arid state of Rajasthan produces 17 million tons.

Andhra Pradesh leads in aquaculture and Gujarat in marine capture.

The agricultural GDP of Gujarat is 50% higher than Punjab.

Andhra Pradesh and Tamil Nadu account for more than 50% of India’s egg production.

The co-existence of aquaculture, dairy, poultry and horticulture makes Andhra Pradesh (undivided) the second largest in agricultural production in India next only to U.P.

Paradoxical, yet true the percentage of population living below the poverty line is higher in high rainfall states such as Odisha, Bihar, Jharkhand, Chhattisgarh, Assam, Manipur, etc.

The average annual precipitation in India is higher than China , USA, Australia, etc. These countries which receive much less rainfall do not rue that their agriculture is a gamble on monsoon. But, we do!

Besides, contrary to the popular perception, the rainfed agriculture is neither inferior nor less common.

Out of 1.5 billion hectares of cultivated lands in the world today, only 301 million hectares is irrigated. In other words, globally 80% agricultural land is rainfed. Rainfed agriculture contributes to about 60% of world food basket, according to the FAO.

Equating high rainfall with agricultural or economic prosperity is rather naïve.According to National Centers for Environmental Information, USA the average annual precipitation of California state is 563 mm, about 50% of India’s average annual precipitation 1083 mm. But the GDP of the state of California at $2031 billion is higher than that of India’s GDP of $2005 billion (Source: IMF).

There are several such jaw dropping examples concerning rainfall and rainfed agriculture. However, they remain little known.

There is a Latin phrase “Repetito est mater studiorum” which means repetition is the mother of learning. In public discourse, however, repetition retards the ability of people to learn new and unfamiliar facts. Repetition only sustains the past beliefs. It does not help unlearning. It does not help rewiring our brains. The hundred year old adage “Indian agriculture is a gamble on the monsoon” survives and sustains itself because of our thoughtless and moronic repetition.

This old adage is dead and no more relevant to Indian agriculture. Period.